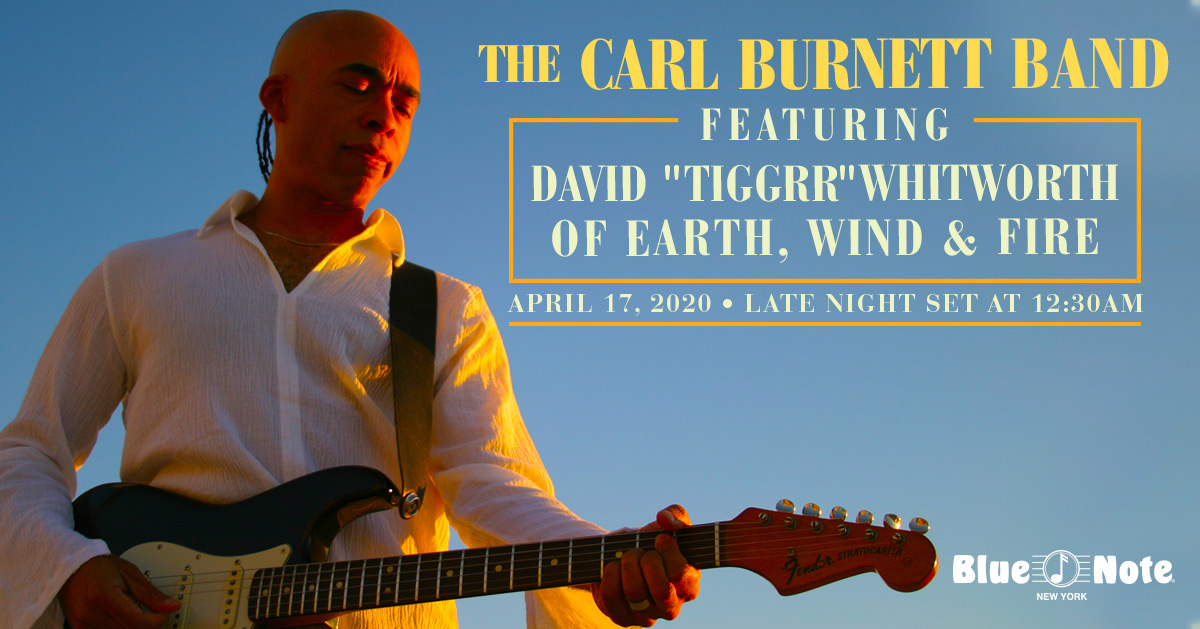 A great guitarist who flourishes without the fuel driven by ego is a rarity, but Carl Burnett is one such player. Carl manages to be on everyone’s A-list without the attitude that generally accompanies that realm. A guitarist with a dizzying list of credits who has played and recorded with the likes of Branford Marsalis, David Sanborn, Robben Ford, Hiroshima, and the late George Howard and has appeared on the Tonight Show, David Letterman, and The Grammy Awards.

Carl‘s resume reads like a Who’s Who in the music industry, but you won’t hear him bragging about it.

Few guitarists can be described as “Zen-like” and “Hendrixian” in the same sentence, but that’s exactly the complexity that defines Carl Burnett. He readily transcends the instrument into a realm of pure worship defining the experience moment to moment, string to string. A musician who can make the leap from a burning jazz/rock solo to an unfettered funk rhythm groove; Burnett‘s playing leapfrogs musical styles. Yet Burnett‘s true advantage over other players is his ability to listen.

The silences are palpable because he knows how to let his instrument breathe and when to speak. Its a level of musicianship that one rarely witnesses. As one guitarist says admiringly of Burnett‘s work, Carl‘s playing is like a Japanese haiku that can paint a beautiful picture in just a few notes what would take others a hundred to do.”

Burnett pays heartfelt respect to the instrument he relies on but thrives in the moments best defined without limitations. The high point of his musical career was playing in Bradford Marsalis’ band Buckshot LeFonque because there were no musical boundaries. You’d think that would make it easy, but you really need to know yourself and your instrument. His drive to know his instrument has resulted in a journey, which has taken him all over the world and sharing the stage with a widely disparate group of musicians.

Carl also continues building on the songwriting and production credits he already hosts by award-winning artists including Boney James, Larry Carlton, and Patti Austin. You can also hear his music regularly on the TV shows Extra and Celebrity Justice.

Look to this musician to pave the way in his continued quest to learn more from his instrument and the players around him. The divining rod of the guitar will keep pointing him towards his fundamental drive to add sensibility and groove”.

If Carl‘s in the house that groove is only just beginning.